Yes, I’m still posting about ALA because it was my first one and dang exciting.  If you had just experienced Christmas for the first time on June 22, don’t you think you would still be blogging about it too? I thought so.

Previous to actually attending ALA, I would follow the conference hashtag on Twitter and feel generally sorry for myself that I had never attended.  These feelings of self-pity would really flare when I saw photos from the exhibit floor – “Oh look, there’s Mo Willems just casually strolling by!” someone would post along with a twitpic.  Way to rub it in.

The thing is, I was always really curious to see what the actual booths looked like – especially the booths of my beloved Canadian publishers.  No one really ever posted pictures of the exhibits themselves, just the fabulous people inhabiting them for four days.  So this post is basically for myself pre-June 22, 2012. But hopefully some of you who haven’t attended ALA, or didn’t get a chance to stop at the great Canadian kidlit booths, will be mildly interested.

Kids Can Press is the equivalent of the person who really gets the party started.  And, try as you might, it’s hard not to get excited about a Christmas Scaredy book. Behold their booth: 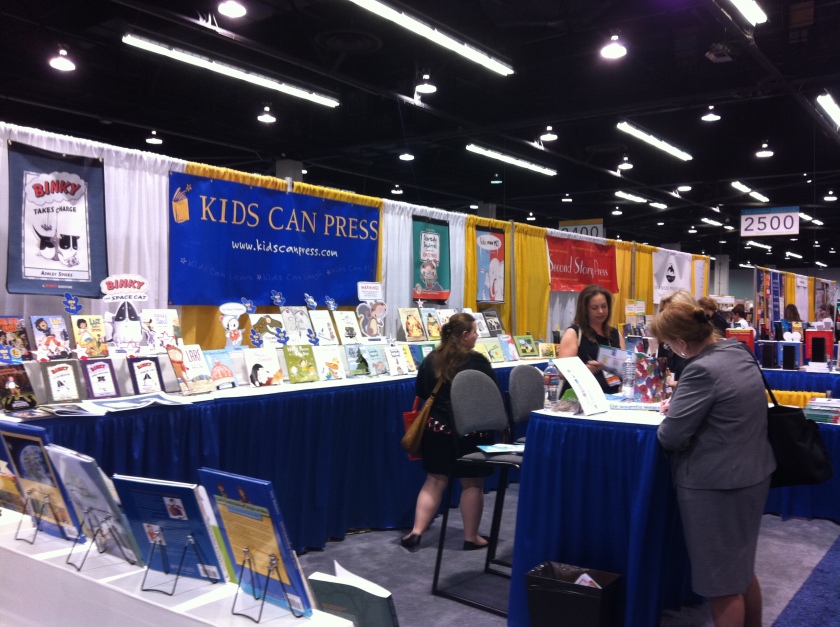 Has Groundwood ever published an unclassy book?  I think not.  I am also loving their new book, I Have the Right to Be a Child which teachers will be clamoring for in the Fall, I know. Because I won’t be working for National Geographic anytime soon, all I have is this photo of their banner.  Sigh. But it is a beautiful banner.

One of my favourites and publisher of Susin Nielsen who I am apparently obsessed with judging by my last couple posts.  And the cover of The French Fry King makes me so happy. 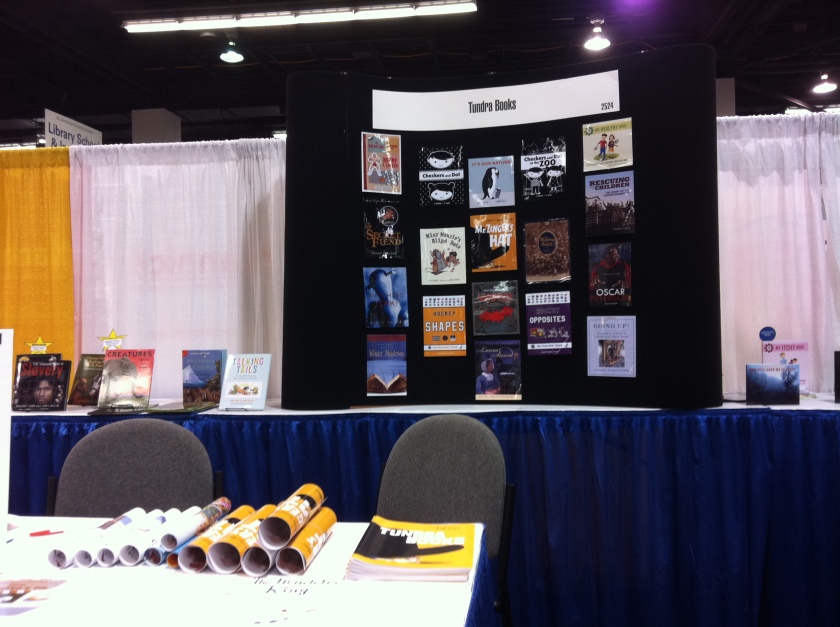 Publisher of one of my faves, Shirley Woods – does anyone do books like Shirley Woods?  Novels about fictional animals (that don’t talk and aren’t creepily anthropomorphized!) that are an amazing hybrid of fiction and non-fiction and completely engaging/dramatic?

They do it all.  From the much-buzzed creep show of Erebos (which I still need to read but is never on the shelves) to Robert Munsch to non-fiction queen (and awesome gal) Tanya Lloyd Kyi, Annick is all awesome. 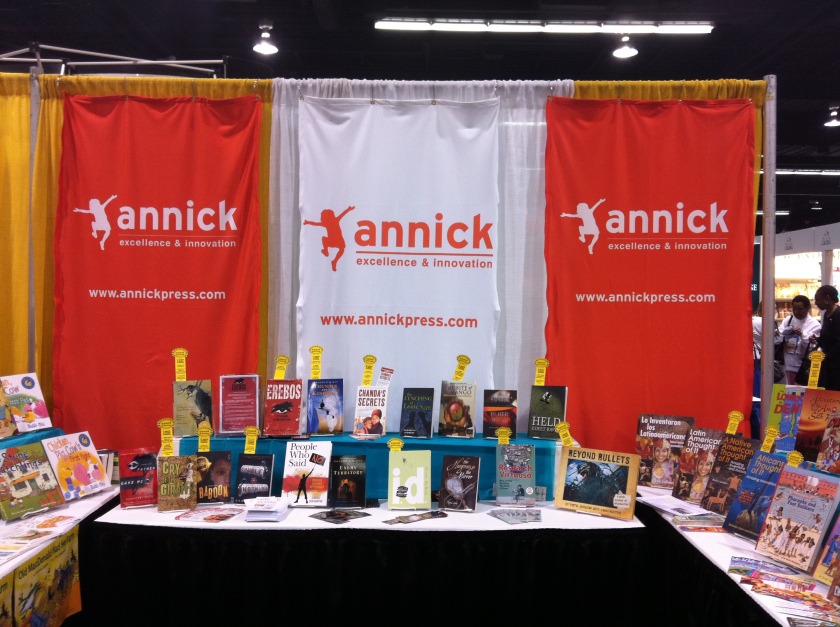 I somehow missed getting a picture of Orca’s booth, which is bad because I love them and they are the closest geographically to my apartment.  They are also coming out with a very interesting new YA series called Seven. The premise: a grandfather with a pretty interesting/adventurous past dies.  He has seven grandsons.  They all takes different paths and are presumably affected by grandpa’s death in different ways.  Each of the seven books is penned by a different, highly awesome Canadian author.  It sounds like a Canuck 39 Clues for teens.  Should be nifty.

Big apologies if I’m missing any Canadian youth publishers here.  It really was great fun to see them at the exhibits – felt like a little bit of home.

Let me close this blog post with a nod to the subpar Sbarro in the Hilton food court, provider of my lunch – a piece of cheese pizza – for three straight days at ALA.  Because I was entirely too busy and overstimulated to find a tastier, more nutritious option, I tip my hat to thee for being so convenient and having a way shorter line than the equally subpar Baja Fresh. 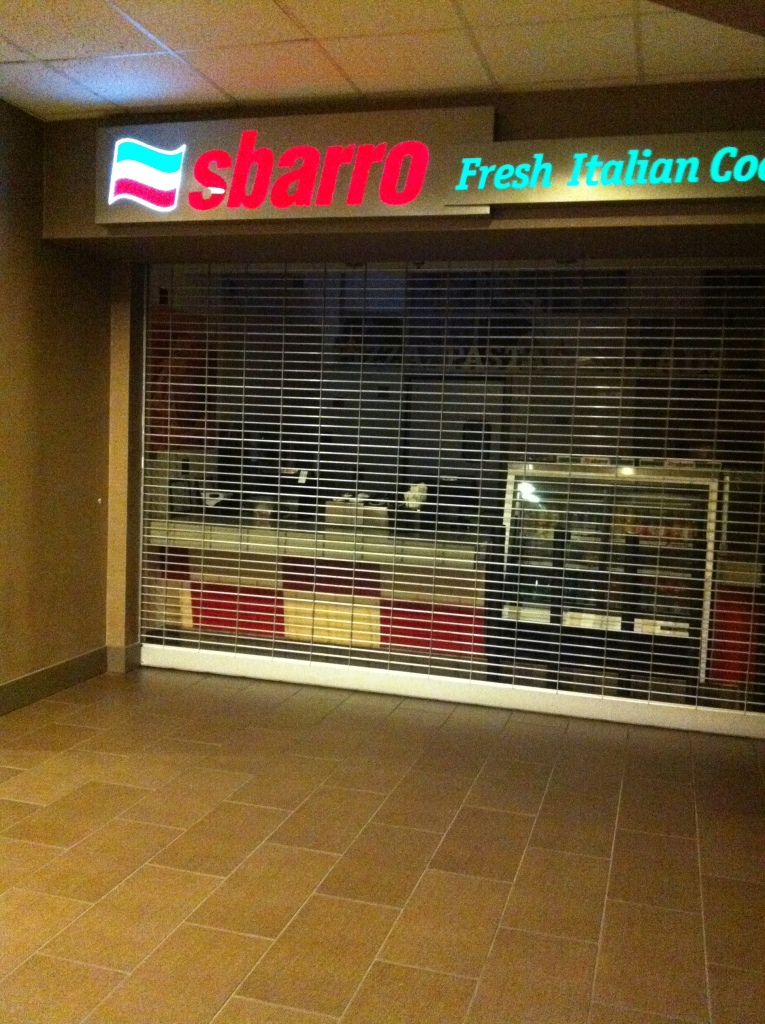